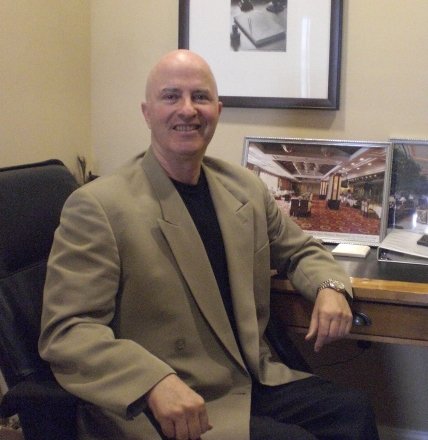 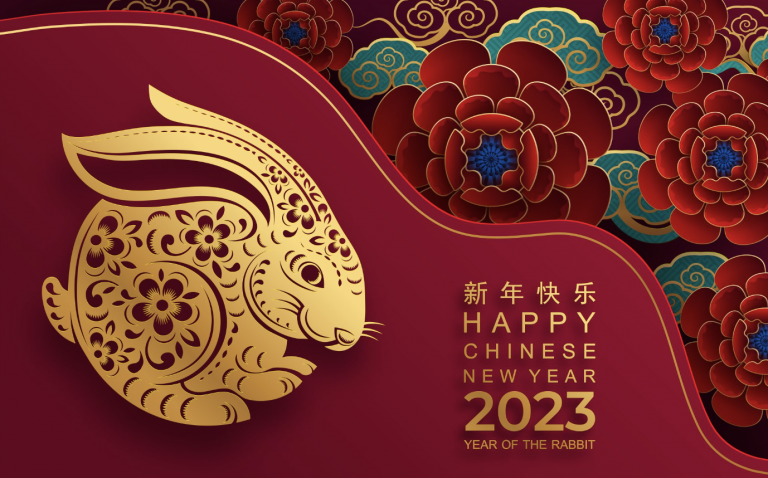 Would you like to become a VIP member of USA-CHINA.net Business and Trade?

We have provided advice and marketing information to more than $100 Billion of business between Europe, China, and the USA, since 1982. Your company can become part of that success!

FOR CHINESE NEW YEAR 2023 WE OFFER YOU A HUGE DISCOUNT ON GOLD MEMBERSHIP, ONLY $200 IF YOU SIGN UP NOW.

When your business needs help or advice we can provide help via email and phone. We have a range of consultancy services available to both members and non-members alike. Business Member discounts are available on the full range of our consultancy services. Our consulting offerings include a study of your business needs and processes, allowing us to provide you with solutions that are specific to your needs. 当您的企业需要帮助或建议时，我们可以通过电子邮件和电话提供帮助。 我们为会员和非会员提供一系列咨询服务。 我们的所有咨询服务均可享受商务会员折扣。 我们的咨询服务包括对您的业务需求和流程的研究，使我们能够为您提供特定于您需求的解决方案。 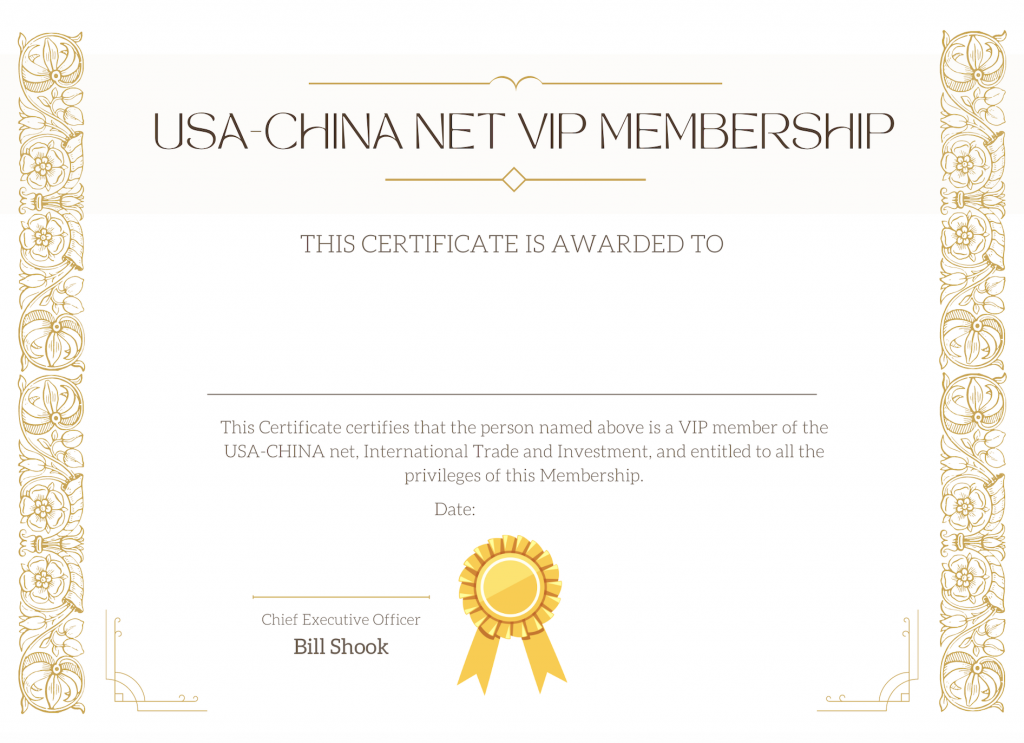 Bill Shook is an international business diplomat and business match-maker. He and his team can help you find the right partners for your projects. Mr. Shook has provided business information services and consulting to billions of dollars of projects. He is well-known as a China business pioneer and has helped hundreds of international companies with business projects and trade with China.

Mr. Shook has put together many projects internationally by finding the best partners, investors, and distributors for a wide variety of projects and services. Countries we have worked with include: China, Vietnam, Cambodia, Poland. We have experience in almost every industry in China, including:

Our network of experts includes lawyers, marketing experts, engineers, import export agencies, construction companies, factories, designers, and many more. As a member you will have access to the expertise of our team.

BILL SHOOK and his expert team, has assisted many of the top 500 companies in the world by providing market information and advice.

Endorsed by individuals, companies, and organizations 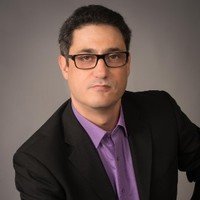 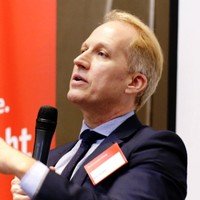 “I would like to express my appreciation for your help in arranging the discussions between the China State Planning Commission delegation and the World Bank, United Nations, Department of Commerce and the Los Angeles Mayor’s Office. Again, thank you for your help in increasing U.S. exports.”

— Robert E. Rubin, Assistant to the President for Economic policy, The White House

“With sincere appreciation of your cordial endeavors to promote cooperation between our two countries. ”

“Regarding Mr. Bill Shook, I am pleased to advise you of my company’s very successful business relationship with him in China. He is very well connected in China and has a very solid grasp of the business environment as well as the cultural nuances. We have worked on multiple business transactions and his performance was impeccable. I would sincerely recommend that you consider his services and hope that you experience the same profitable outcome from your endeavors as we did.”

“Bill is a real China expert, not only does he speak the language extremely well, but also he lived and worked in China for years to provide consultation and expertise to the great China market and industries. I strongly recommend Bill to be your Chinese business adviser… His work and life experience in China and his guanxi to China’s high society, through his Chinese wife’s connections are his resources to help you open the door to China.”

Let this letter serve as a recommendation for Mr. Shook.

Mr. Shook was the Director of International Business Development / Director of International Trade for Sepp Finance Ltd.  In this capacity he developed and negotiated trade and economic plans, at high levels in Poland Belgium and China, resulting in several excellent business propositions.  Sepp Finance, Ltd. maintained offices in the United States, Belgium and Poland.  He is extremely capable of executive level decision making policies and organizing procedures necessary to a well run corporation.

Business Summary of Some Projects that Mr. Shook has worked on with international companies and China:

CHINA:
— In the early 1980’s brought the first Chinese delegations of Mayors to the US to meet with US accounting companies to help China establish international standards of accounting, in preparation for meeting international standards for import and trade from the U.S.
— Arranged China Economic Planning Commission very important meetings in the US to discuss the development of China economic policies. Arranged meetings with the United Nations, US Dept of Commerce, and Los Angeles Mayors Office. Results of these meetings helped establish the very successful Chinese economic policies.
— Assisted China Chamber of Promotion International Trade / China Chamber of Commerce, with many projects including delegations to and from the US to discuss potential purchases, joint ventures, and investments. Found US suppliers of metal plate, paper products, and other metals and equipment which were purchased through CCPIT. These purchases amounted to many million of dollars and continue to this day. Arranged for the export of the first donut-making equipment from the US to China. Arranged negotiations and meetings between the CCPIT and Sunkist, and others, for joint ventures, purchases and other cooperation.

TECHNOLOGIES:
— Helped the first internet company in China by recommending strategies to develop their internet cafes. Senior advisor to the largest data centers company in China. Formerly known as A-1.net, the company is now known as 21Vianet  with a valuation of $6,929,999,000 according to Yahoo Finance Jan 2023. It is now the largest data center company in China.
— CHINA UNICOM, arranged cooperation with internet hubs in the US and provided technical analysis of China connectivity. Negotiated a $10M service agreement for a US company to assist China Unicom with improvement of it’s internet infrastructure.
— OPTIGATE, Former President of the international department. OPTIGATE was a division of the oldest privately owned telecom in the US. Bill helped develop cooperation with the largest telecoms in China.
— Worked with ATT China promoting ATT airport telecommunications projects and other equipment sales in China.

AGRICULTURE:
— Worked with China Ministry of Agriculture by providing US technologies to help solve some China environmental issues. Provided US equipment and products exports information to China for agricultural use.

— Worked closely with Nevada Governor’s Office by providing a plan and initiative for State of Nevada alfalfa exports to China and international exports. Nevada Alfalfa sales to China has become a very large industry.

INDUSTRIAL:
— CMEC China National Machinery and Equipment Corp, China’s first export corporation. Bill was the first person in the U.S. to establish relations between U.S. companies and CMEC and helped open cooperation between US companies and Chinese manufacturing. During that time he provided advice and manufacturing to many companies such as Allied Signal Aerospace, Lear Siegler, Boeing, Harvey Titanium, General Electric GE, and many others.

— Promoted FORD to several Provinces in China. Bill was authorized by the Purchasing Bureau of Western China to discuss business opportunities in Western China directly with FORD. The Purchasing Bureau has strong purchasing power throughout several Provinces in Western and Central China. FORD executives came to Beijing to meet with Bill to discuss expansion plans in China.
— Lear Siegler / Anchorlok, manufactured many automotive parts for Lear Siegler in China. Some of these parts are currently on many trucks and vehicles on the highways in the US and have been continually manufactured for years.
– Boeing. Arranged meetings between CATIC (China Aviation…) and Boeing to discuss current and future projects for manufacturing Boeing aircraft in China. Later assisted regions of China with liaison for purchases of Boeing aircraft by Chinese companies.

— $340 million construction loan arranged through SHOOK and his contacts at one of China’s largest constructions companies. The project was the Waterview Tower / Shangri-La Hotel in Chicago. The project was later cancelled due to the downturn in the US economy and other factors. The Shangri-La Hotel / Waterview Tower, in Chicago, was a project that we helped by arranging China banks interest in funding and by our providing some of the construction materials. SHOOK assisted with the business communications with the Chinese construction company and bank managers and their US counterparts, and with the beginning contracts and terms of cooperation between the Chinese construction company, Chinese bank, and the US contractor.

REAL ESTATE / CONSTRUCTION:
— SHOOK imported granite and marble from China for construction of two large hotels in Florida; hotels valued at $250,000,000. SHOOK arranged for 24 hour per day work to produce100 containers of granite and marble for these projects according to specifications, and had the products delivered directly to the job-site in Florida.

Poland – Brought many international businesses into Poland for investment and cooperation. Worked with the newly formed Polish government by introducing joint venture and investment companies, and was asked to prepare the investment and JV application forms which were used by Poland. Bill met with with leaders of Poland economy, Senior Economist Makowski and the head of Poland Trade Department. Bill brought many international companies to Poland for cooperation at opening of Poland to world economy in 1990. At that time Mr. Shook was President of the Sepp Group of Companies “World Trade & Technology” and Sepp Finance office.“The remarkable economic boom began in Poland in 1990.” —GlobalPost)

Vietnam – Marketing studies for US companies. Promoted Chinese and US construction companies business in Vietnam. Former President of Bridgecreek International in Orange County California, the primary developers of “Little Saigon”. Hosted many delegations to and from Vietnam.  Meeting with leaders of Vietnam Central Bank HanoiArranged cooperation between developer of Little Saigon Orange County California and President of China’s largest real estate company. Met with Leader of South Vietnam meeting Bill at Vietnam Capital Building to discuss SHOOK assisting Vietnam with international trade and business cooperation, imports from the US.

Mongolia – Arranged several business delegations to Mongolia. SHOOK was asked to submit a proposal to put together a team of experts for management of the Mongolia Stock Exchange. SHOOK was asked to be the President of the Inner Mongolia China Chamber of Commerce. SHOOK arranged meetings between Mongolia law firms and business leaders with Chinese businessmen, law firms, and local Chinese government offices., with